British soul singer Michael Kiwanuka and producer Tom Misch team up for new track ‘Money’. A disco and funky track that comes just in time for the start of summer!

Break out your bell bottoms, Tom Misch and Michael Kiwanuka decided to take you to a hot summer day in the 70s with their new track “Money”. Disco and funky, it will put you in a good mood and give you a smile. “Money” features Kiwanuka’s distinctive vocals, backed by Misch’s disco beat and funky guitar. What else?

A disco and funky song that pretends to be a summer hit!

“Money” features the unique vocals of Kiwanuka, backed by disco beat and Misch’s beautiful guitars. With its upbeat beat and slick basslines, ‘Money’ is a clear suitor for the song of the summer ! The new single also features vocals from another band, YEBBA, a new singer and songwriter from Arkansas. 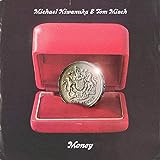 The premise of Money is that at first listen it’s a song about money and how much I want and love it. I want to use money to meet people and hang out with people who have a lot. But as you listen carefully, you will realize how dangerous the love of money is.

When he came to collaborate, Misch explained that he was a big fan of Kiwanuka for years and look forward to working with him!

During the session, it was nice to see that we share the same love for 80s disco and so we thought of trying something with that vibe. It happened so quickly and I loved making it. Michael killed him vocally.

Michael Kiwanuka is currently in the studio preparing his successor Love and Hate albumcritically acclaimed in 2016. Can’t wait for the sequel! 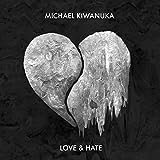