CNN, the American non-stop news channel, announced on October 10 the end of The Vault, his NFT project. Although the company offers financial compensation to those who bought his non-fungible tokens, it’s hard to pass the pill. The buyers accuse CNN of “rug-pull”an expression that, in the field of cryptocurrency, means the net stop of a project with no real explanation. Last April, The Vault reportedly reported over $300,000 in sales.

The vault is closing

Launched in the summer of 2021, The Vault, CNN’s NFT marketplace, is offered to capture “Moments”, great events that mark the history of journalism, in the form of photos or videos. In its press release, the American channel stated that it is ending ” a 6 week experiment that turned into a bigger project through community engagement “. This first test of web3 technologies will last forever a little over a year.

In the same category 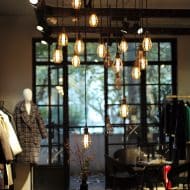 After its liquidation, Camaïeu wants to sell its customer file

For investors, leaving The Vault is unacceptable. Just last month, CNN still encourages members of its community to buy some NFTs to get an invitation to an event titled “Art of Voting NFT Series”. On Discord, the company indicated that it was plans to provide compensation in” thousands of participants in this experience “. This last will be based on the purchase price of NFTs every crypto wallet has as of October 6th.

One of the CNN employees, named Jason on Discord, commented that ” distribution will happen in the form of FLOW tokens (the cryptocurrency on the Flow blockchain where Vault NFTs are made, Ed) or stablecoins “. He added that “ the distribution amount must be approximately 20% of the initial purchase price of each NFT detained “. The cheapest non-fungible token sold for 19 dollars via CNN.

The decision of the television channel is coming an uncertain climate in the NFT sector. At the end of September, data collected by Dune Analytics, a community site that aggregates data from this industry, showed that the monthly trading volume of these digital assets. has collapsed by 97% since January. A significant drop which actually made CNN cool.