A crypto trader recently shared his perspective on altcoins with his over 400,000 Twitter followers. Known as TechDev, the famous specialist is strong. From his words, the recent negative expectations of the crypto industry do not reflect the reality within the space itself. Here’s what TechDev predicts for the bitcoin (BTC) and altcoin markets next year. 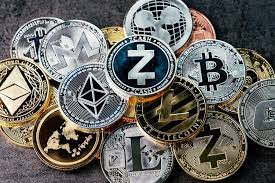 Soon an uptrend for altcoins

TechDev SAYS that trend will be strong in the altcoin markets next year. He expected a great rally for these assets, although many people are pessimistic about the future of the crypto sector. The crypto analyst concretely says: “Altcoins still seem to be positioned for a markup phase until 2023. Expectations and narratives are separate“.

One commenter reacted to the post by asking: “Is there a reason why you expect a short period of accumulation?“. “Perhaps this is the strong diversity that has formed” replied one user.

It must be said that two other analysts have recently predicted an increase, but this time it only concerns Litecoin (LTC). One of them, called Smart Contractor, suggested that the price of LTC will increase as the mining rewards half date approaches.

Bitcoin (BTC) is not the other

Recently, TechDev argued that Flagship Crypto May Hit $120,000 by 2023. On November 21, he posted a bitcoin chart saying, “Structurally, this correction remains more familiar than different“. “Maybe if the April 2021 impulse top is more explosive than distributive […]69,000 would have been much lower and participants had an easier time accepting the correction that started 18 months ago“, he added.

Crypto market predictions are going well. Many believe that, despite the damage caused by the collapse of the FTX crypto exchange, the industry will improve significantly in the coming months.

Far from dampening my enthusiasm, an unsuccessful investment in a cryptocurrency in 2017 only increased my enthusiasm. So I decided to study and understand the blockchain and its many uses and relay the information in my pen related to this ecosystem.