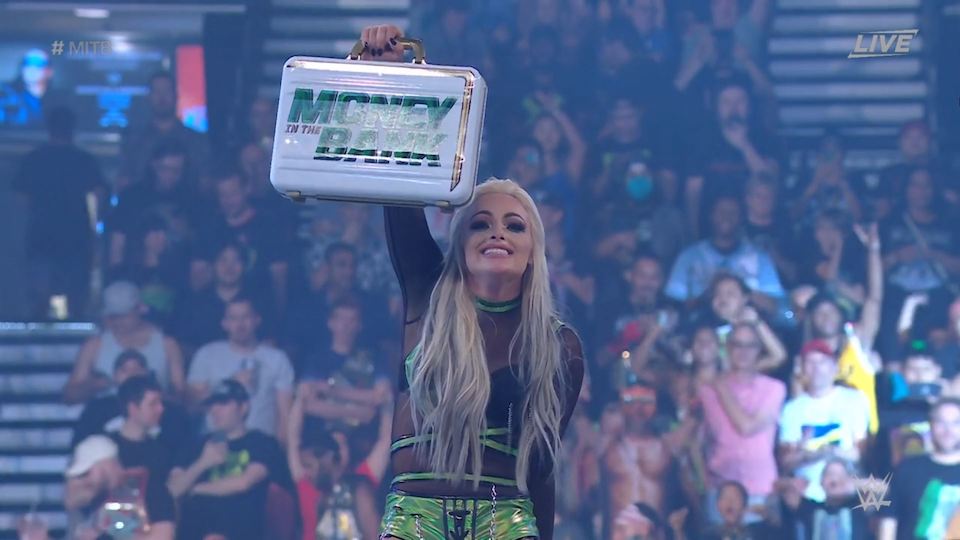 Liv Morgan takes the Ms MITB briefcase this Saturday at WWE Money In The Bank 2022.

Liv Morgan takes the briefcase at MITB this Saturday night.

During the WWE Money In The Bank 2022 pay-per-view, seven women competed in the MITB Ladder Match at the start of the pay-per-view. Lacey Evans, Alexa Bliss, Liv Morgan, Raquel Rodriguez, Shotzi, Asuka, Becky Lynch compete for the briefcase.

The match started with a long series of fights between Becky Lynch and Asuka in the ring while the other contestants tried to come back with the ladders. Liv Morgan and Raquel Rodriguez come to interrupt it all.

Raquel Rodriguez and Asuka fought outside the ring, Rodriguez placed a ladder between the ring and the commentary table to throw Asuka onto it but she failed. Becky Lynch by interfering in the confrontation, sent two wrestlers to the ladder and installed another to throw herself – in the end she only grazed Asuka who fell all the same with the throw.

In the ring the fight continues, Liv Morgan is the only one who will succeed in reaching the top of the ladder and taking the briefcase.

A victory for Liv Morgan that was well received by the public, not so much Becky Lynch who ran around the ring shouting “why? “many times.