Among the billions of dollars lost from the bankrupt crypto exchange FTX, Twitter CEO Elon Musk believes that former crypto trading platform CEO Sam Bankman-Fried should have donated more than $1 billion in support of the Democratic Party American.

The Tesla CEO responded to a user on Twitter who mentioned that Sam Bankman-Fried is still not in jail because of the $40 million that the former CEO of FTX officially spent in support of various Democratic Party politicians.

“SBF donating $40 million so they don’t go to jail for stealing over $10 billion is one of the highest ROI trades of all time,” the Twitter user said.

“That is the only publicly disclosed number. His actual support in the Democratic election is probably over $1 billion. The money has gone somewhere, so where is it going?? Elon Musk said.

That’s the only publicly disclosed figure. His actual support in the Dem elections was probably over $1B. The money goes somewhere, so where does it go?

For Elon Musk, Sam Bankman-Fried (SBF) officially declared a small part of the money paid to some members of the Democratic Party, the current investigation of FTX accounts may one day let the truth be known about it.

L’The ex-CEO of FTX has been accused of embezzling billions of dollars from client funds in crypto exchanges.
A Sam Bankman-Fried, who is now called “the thief” or the “Bernie Madoff of cryptos”, who nevertheless stated that he did not know that the funds of FTX clients were used by the company he ran…

Same with sister company Alameda Researchthe former executive of FTX said that he had no knowledge of the activities of this company led by his ex-girlfriend, Caroline Ellison, who is currently in New York according to photos published by Twitter. 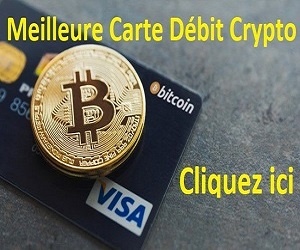 Among several transactions involving Alameda Research and FTX, the Financial Times highlighted in particular a suspicious $1 billion loss for FTX in 2021 due to the falling price of MobileCoin, an obscure cryptocurrency.
FTX actually suffered huge losses related to a leveraged transaction with a client who speculated the price of MobileCoin rose from $6 to $70 in April 2021, only to fall immediately afterwards.

A billion dollar loss mysteriously covered up by FTX at Alameda Research as Sam Bankman-Fried has recently said in several interviews that he doesn’t know what’s going on at Alameda.

The loss of one billion dollars correctly echoes the statements of Elon Musk who believes that this is the true amount of financial support from Sam Bankman-Fried of the American Democratic Party.

Let’s remember to pass that onElon Musk, CEO of Tesla, publicly supports the Republican Party.
He recently said that he wants Florida Governor Ron DeSantis to be the final candidate of the Republican Party for the next US presidential election in 2024.
Elon Musk further reinstated Donald Trump’s Twitter account which was banned from the social network in January 2021 shortly after his supporters stormed the Capitol.

Last May, we discussed in an article the statements of the former CEO of FTX that he said himself is willing to spend up to $1 billion to prevent Donald Trump from winning in 2024click here to read our article.

Meanwhile, new FTX CEO John Ray III, who is overseeing the takeover of the bankrupt crypto exchange, continues his investigation to find out where the billions of customer dollars allegedly used by Sam Bankman actually went. – Fried.